If you want to improve store ajvar (the famous Balkan roasted eggplant and red pepper spread), or you want to make it the easy way, here’s the quickest “not from scratch” recipe. I call it cheat ajvar. 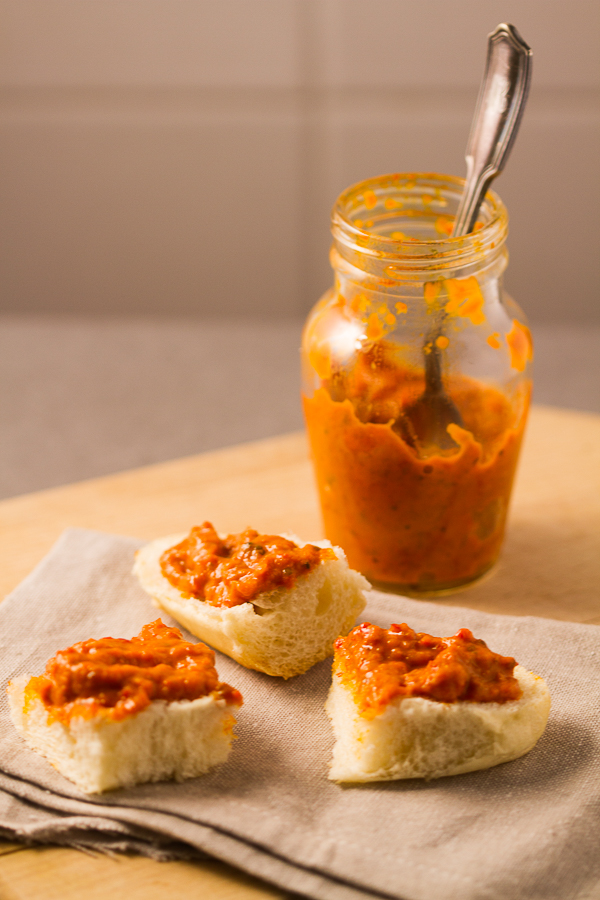 Ajvar is a deep, rich, spread famous in the Balkans. It’s made by first roasting red bell peppers and eggplants, and then cooking them over low fire for several hours.

There are a couple of variations on the theme, and a few more additions you could include. Garlic, for one, gives ajvar an incredible taste, however it does cut down on the time it keeps. Chilis are also a great add-on, but a lot of people prefer the milder option.

Making ajvar takes a long time. It’s something that’s usually made over a weekend, or at least a day and a half. This is why today’s version is of such importance.

However, today’s recipe can only help you if you can buy ajvar at the store.

Non-homemade ajvar is generally of a lesser quality. Usually the ingredients are not roasted at all, and instead are only cooked. Sometimes some of these ingredients, such as the crucial eggplant, are even skipped. This gives it a very “manufactured” taste.

Although, if you’ve only tried the store bought version, you may think it’s great. I promise you though, it’s not even close to what it can be when it’s improved a little bit. And today we’re doing exactly that – improving.

(One exception is the brand Baš Ajvar, which is good without improvement. I’m not affiliated with them. I did notice, though, that their exported ajvar is tastier than the one sold in the Balkans.)

So grab a few larger jars (24-ounce +) of ajvar, as many eggplants as the jars, and meet me in the kitchen. 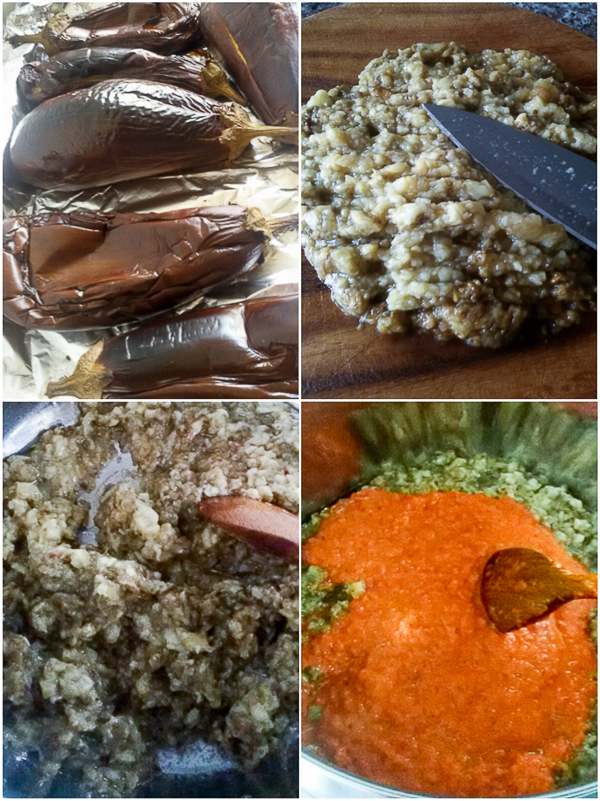 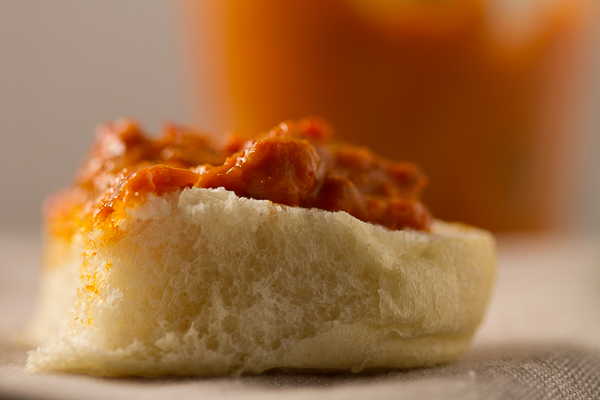 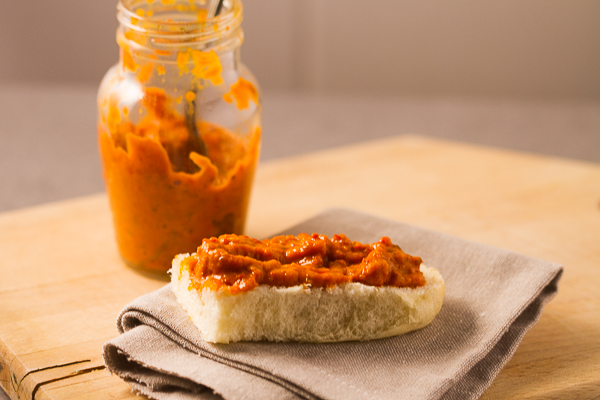 I’m a stickler for tradition, but I’m also aware we’re short on time. I’d rather you try ajvar in any form, than not try it at all. So I did a thorough search to find ajvar recipes that are worth your time and effort.

When I say thorough, I mean I dissected many, many recipes I came across.

One of my favorites is Yosmar’s take on ajvar.  It’s a joy to see someone who knows food so intrinsically take something like ajvar and simplifies it while keeping the taste in tact.

Yosmar’s ajvar is complete in a shorter period of time. Also, she makes hers with red bell peppers. As she points out, bell peppers’ physiology is similar to roge (aka Balkan version of bull horn’s sweet peppers). Her recipe calls for a blender instead of meat grinder greatly cutting down on preparation time.

Like a pro she is, she grills eggplant and peppers before cooking them. Grilling vegetables separates mediocre ajvar from the first class ajvar. Finally, for those of you who like to cut down on oil, Yosmar uses smaller amounts.

Whisk and Spatula, Yosmar’s food blog, is a curated collection of unique tastes, where you can find anything from ajvar to cured eggs. As she points out, she blogs about what’s on her mind and her food is inspired sometimes by the seasons and sometimes by her travels. Check her out!

Ratio: 1 eggplant per 1 (25ounce+) jar of ajvar.
(Optional) Before serving, mince in a garlic clove for an even better taste.
If you’re cooking on a gas stove, be mindful that ajvar make take less time. Look for the deeper orange hue and creaminess. You want to end cooking before it becomes darker.
VARIATIONS:
Gluten-Free: for a gluten-free version ensure you are buying gluten-free ajvar from the store. The remaining ingredients are gluten-free.