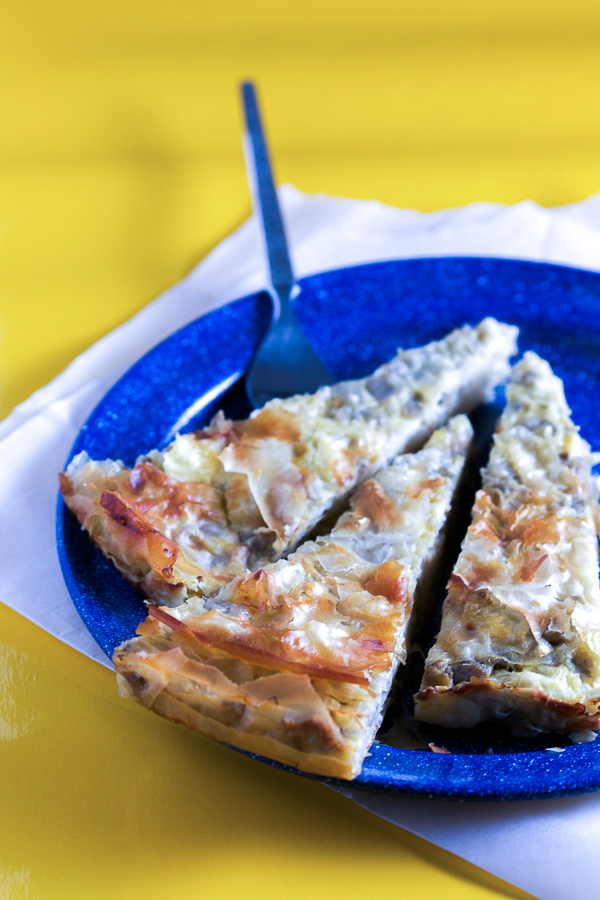 Ever since I decided to eat more vegetables, eggplant had become a point of focus for me. It’s a wallflower, the eggplant.  Turns out, possibly a fruit.  References argue about this. Some say fruit, some say vegetable.

Why it seems to be an acquired taste I don’t know. I guess it’s similar to mushrooms in that way. I can’t help but appoint myself its unsolicited ambassador.  Just in the past year, along with all of you, I’ve explored many of its transformations.

There is the boat eggplant filled with minced beef in a tomato sauce peppered with herbs. Stuffed, as we say. A classically Balkan way to prepare a vegetable.

Then it showed up in two versions of casseroles: one in a vegetarian take on a moussaka where it intertwined with potato and zucchini in layers, and in another moussaka in which the eggplant played a more prominent role in taste mediating between soft potatoes and strong beef.

My favorite eggplant recipe on the blog is the one with the worst photographs. They may be the reason why to this day I haven’t to this day one comment on the recipe. It isn’t unusual not to receive a comment on a blog post. But this dish is the kind to leave people at the table in a trance.

Funnily, this eggplant opus did not include any pies. Now that’s unusual! Balkan cuisine is strongly tied to its pies. They’re the foundation, the beginning and end of food.

Going through the catalog of my memories, I couldn’t find one instance where I ate an eggplant pie. I asked around, and my family couldn’t either. Sister said right away it wouldn’t work, because of its consistency.

By now I know eggplant is a hard one to appease. One has to work for eggplant. It doesn’t reveal itself before you put in the time. It doesn’t soften up, no pun intended, until you allow it to sweat.

But I also was aware of how its softness impacts the palate.

I looked around, and indeed found others ventured down the eggplant pie avenue. But between a few recipes, I had to draft my own. Knowing its nature, putting it alone in a pie would have overwhelmed the eggplant, and underwhelmed the pie.

It needed a partner. Something to be the backdrop. You can guess the next part.

Adding cheese resulted in a solid eggplant and cheese pie partnership. The only thing I had to make sure was to prep the eggplant, indeed by letting it sweat out its bitterness. And for extra caution, I threw it on fire before combining.

A wise woman once advised you shouldn’t immediately reveal a pie’s stuffing to your guests. Instead, let them be surprised at what gems they came across.

It sums up eggplant perfectly. 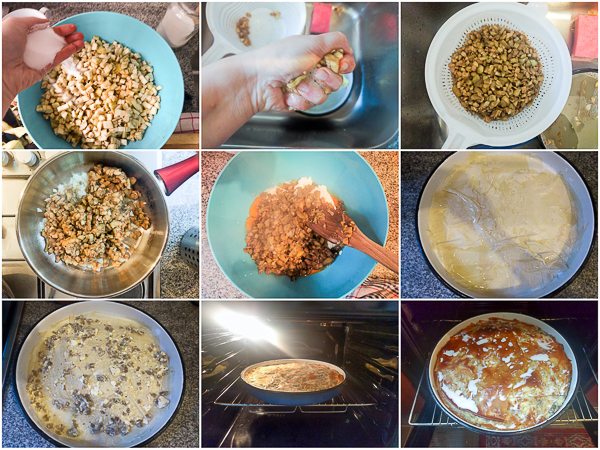 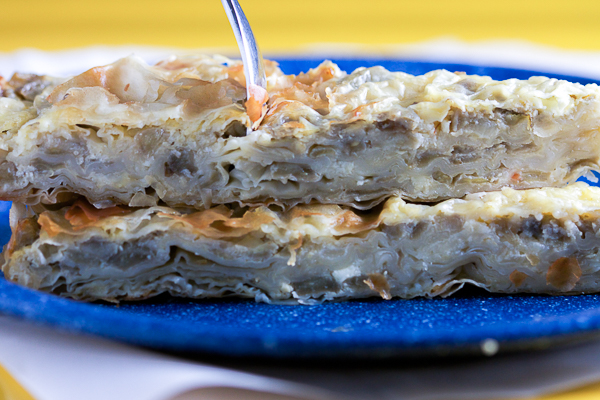 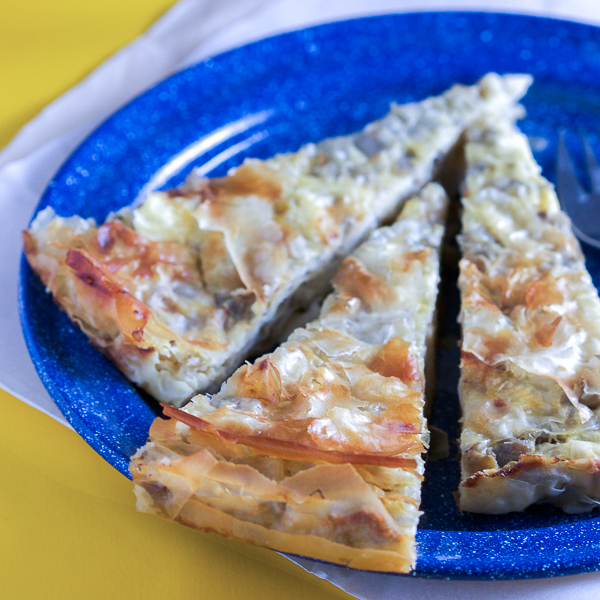 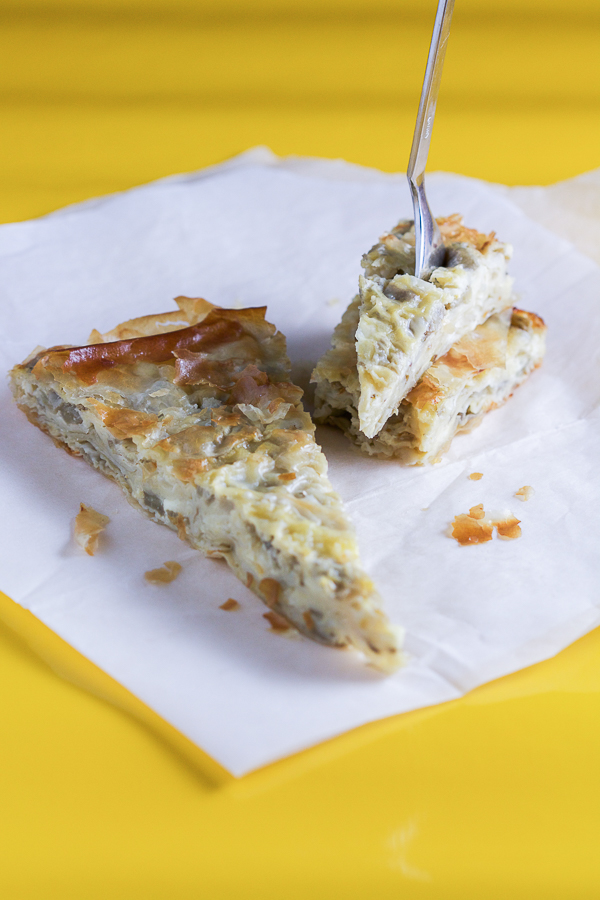 Take phyllo out of the freezer the night before you’ll use it. If it was in the fridge you can use it the same day.