Plum pie recipe: a dessert made with dried plums, walnuts and phyllo. Who needs baklava, when you can make something even better? 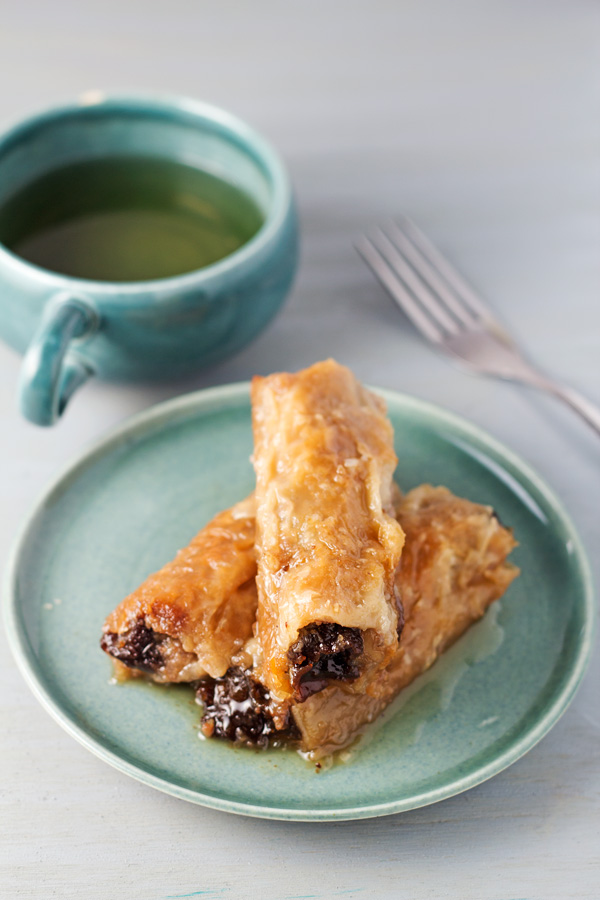 You may have noticed BLB has been on a prolonged hiatus. It was a long, difficult winter, and may it never repeat.

To welcome the spring, I’m putting up a recipe for a plum dessert made with the Balkan favorite – you guessed it – simple syrup. This one will impress you even more than baklava. And it’s way easier to make.

I first tried this plum pie at a well known Sarajevo restaurant last year. Now, I’m a chocolate and caramel kind of girl. Not big on Balkan desserts at all. I eat my mom’s baklava, but only because hers is the best I’ve ever tasted. And one day she won’t be here to make it anymore.

But to avoid hurting the owner’s feelings, I tried this plum pie. Plus she mentioned it was a family recipe. And I don’t know what it is, but when someone says “family recipe” I am immediately drawn, the way some people are attracted by the mention of a word “secret.”

I did not regret it, for this pie made love to my sense of taste. It was just juicy enough… the plums had softened to that moment of surrender just before falling apart. And there were lemony undertones, unnoticeable until there were no more tastes to be discovered. Then, out of nowhere… spring! 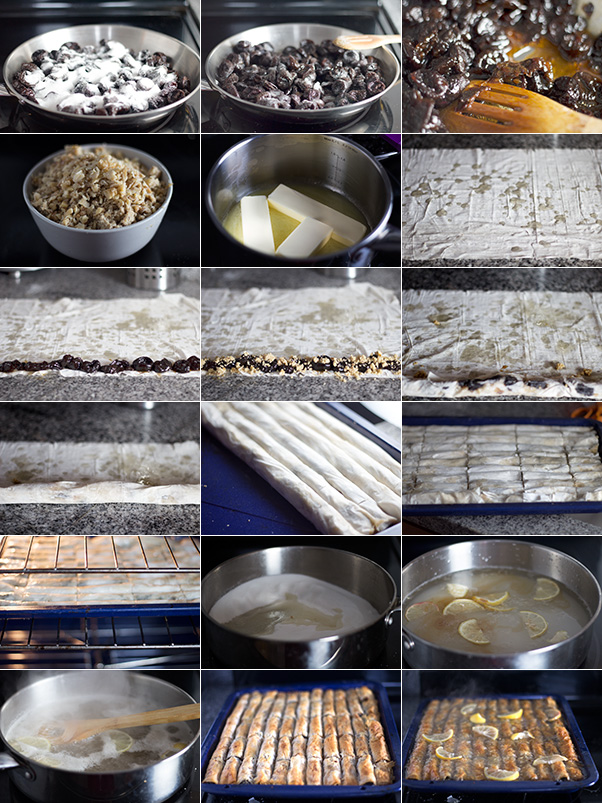 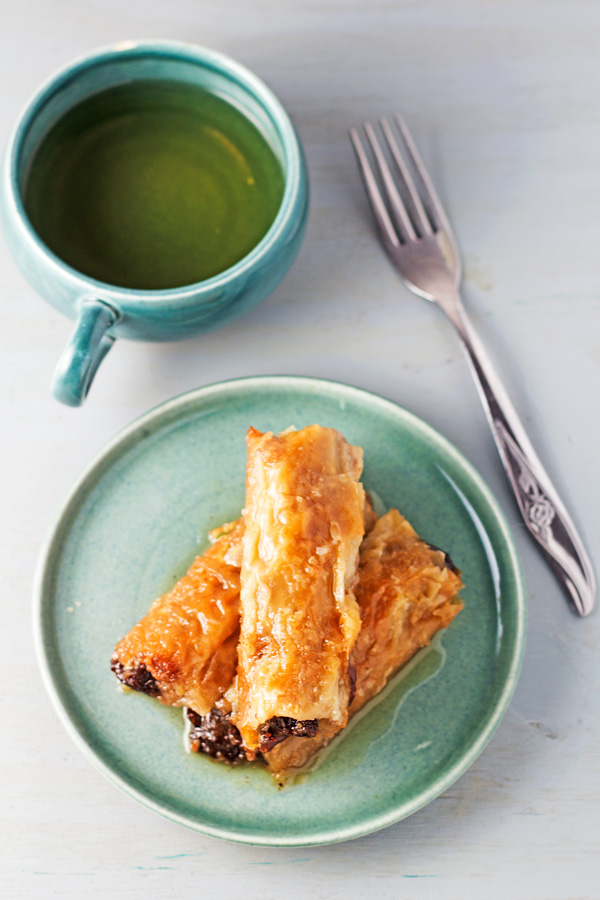 If your plums are completely dry, leave them in some water for 15-20 minutes to soften, deseed them and then start.
Measure your phyllo sheets against the pan in which you’ll be baking the pie. You may have to cut phyllo a little to adjust the size.
Check that you have espresso size cups before starting.
You can warm up before serving. Otherwise you can serve cold. Ice-cream is optional. 🙂