What Lamingtons are to the English speaking world, are Coconut Chocolate Dessert Squares aka Scruffies (čupavci) to the people in Balkans. These busy, spongecake-like squares (first they swim in chocolate, and then drape themselves in coconut), are made in under an hour. And take even less time to eat. 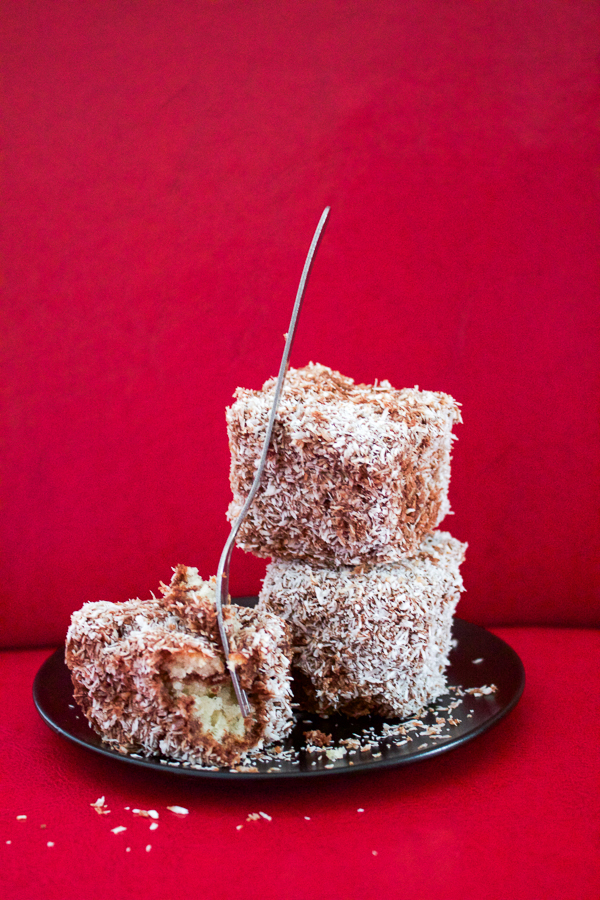 I like brownies. If brownies and steak end up being my last supper I’ll be good to go. And if you like brownies and you like coconut and you like spongecake, then you’ll LOVE scruffies. By the way, term scruffies was made up by yours only. It’s a lose translation of čupavci which literally translated means something like “the hairy ones.” All due to coconut jutting out from all ends of each square. And let’s face it, you probably wouldn’t eat something called “hairies.”

It was only later that I found out they’re eerily similar to Lamingtons or the famous Australian sponge cake plus coconut goodness!

Told by several people how easy these were to make, out of laziness or fear, I never ventured into it. When I finally gave it a shot I was half expecting (hoping?) to mess it up, in which case I’d console myself eating the remaining coconut flour. (Another quick chocolatey goodness to try making are the easiest in the world chocolate squares.)

During the siege, very rarely did we get sweets. Cookies were made on an even rarer schedule. But one afternoon, my friend Irena and I decided to make a trade that would ease our different cravings for a while. She was an addict of vegeta, a delicious spice mix.  Meanwhile, I noticed a bag of coconut flour in her mom’s kitchen that sat there unused. I was ambivalent about it around that time, but take sweets away from a child for two months… and they might even start to like fruit, let alone sweet, crunchy, exotic, coconut flour.

Eventually, after the war, I discovered scruffies, and it was a dream come true. To this day I can’t believe how easy these are to make.

Let me know if you try these! 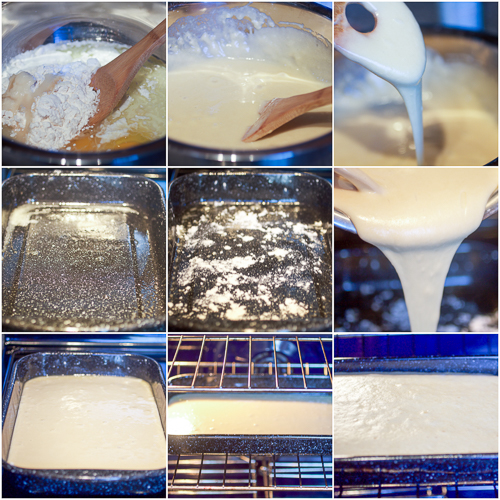 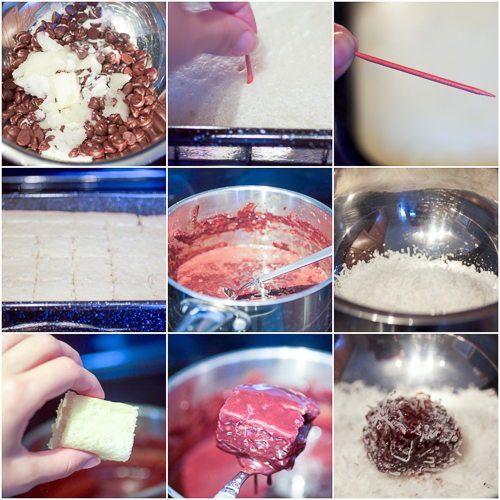 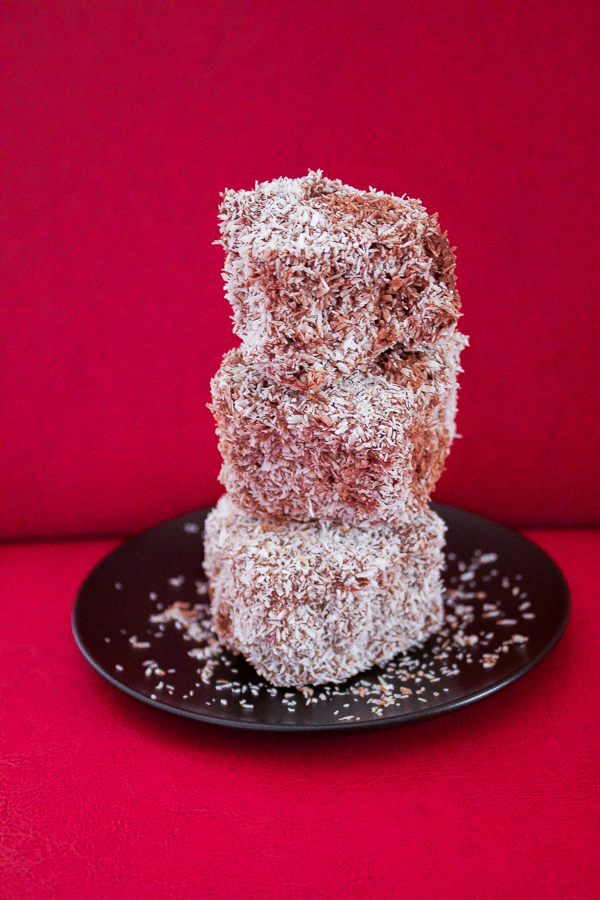 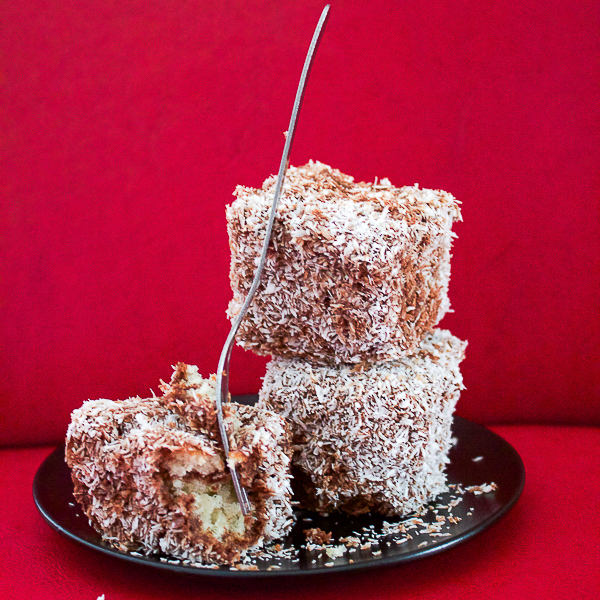 What Lamingtons are to the English speaking world, are Coconut Chocolate Dessert Squares aka Scruffies (čupavci) to the people in Balkans.

*Total baking time will depend on your oven. If your oven warms up quickly, you can cover the biscuit with a baking sheet to protect it. Similarly, if your oven tends to heat slowly, bake the biscuit on 395°F the entire time. Generally the biscuit turns light brown, but not always. Use the toothpick method to know when it’s completely done.

**This is best done with fingers but if you’re sensitive, use a fork. If the topping starts to cool before you dip all the squares in, warm it up and continue.

For a slightly intensified taste you can add vanilla extract or rum into the biscuit or the topping.