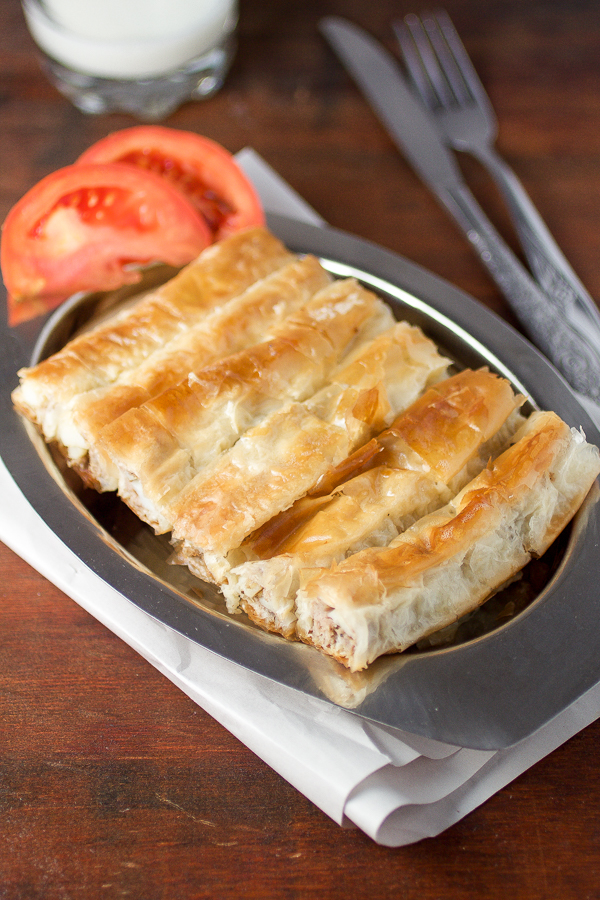 Šareni burek is my favorite pie. All it really is, is a filling made of meat and potatoes, baked in phyllo. To simplify, it’s a meal wrapped in dough.

Balkan pies taste best with homemade phyllo. Phyllo from scratch is intimidating at first. What you need to do are baby steps. Some training wheels of sorts. Start with phyllo from the box. The pie won’t be the same in taste to pies made from scratch, but it’ll be pretty damn similar.

(If you are one of those who take the training wheels off and get in the action right from the start, we’ve covered phyllo from scratch for the potato pie, and today’s mixed pie before.)

In Bosnia and Herzegovina, pies are called based on their filling.

Krompiruša is a potato pie, zeljanica is a spinach pie, while burek is a meat pie.

Šareni burek is translated as mixed or colorful meat pie, due to the potatoes added to the meat.

Regionally, to great dismay of everyone in BiH, people call all type of pies burek. They say burek with spinach, or burek with potatoes, or the worst offender, burek with cheese which is really sirnica or cheese pie.

Just remember is if you go to Bosnia, burek is a meat pie only. If you order burek and expect it to come with anything else you’ll piss a lot of people off. So, when in Bosnia and you hear burek, think meat.

This naming is probably a moot point for you. I get it. But people get territorial about this issue. Recently a lady from Croatia ordered burek with cheese in Sarajevo, and she got round of a burek (with meat of course) cut in half and a slice of cheese on the side.

These are great to take to work or school. My friend Sylvia loves making a few pans to take with her family when camping in wild lands of Colorado. 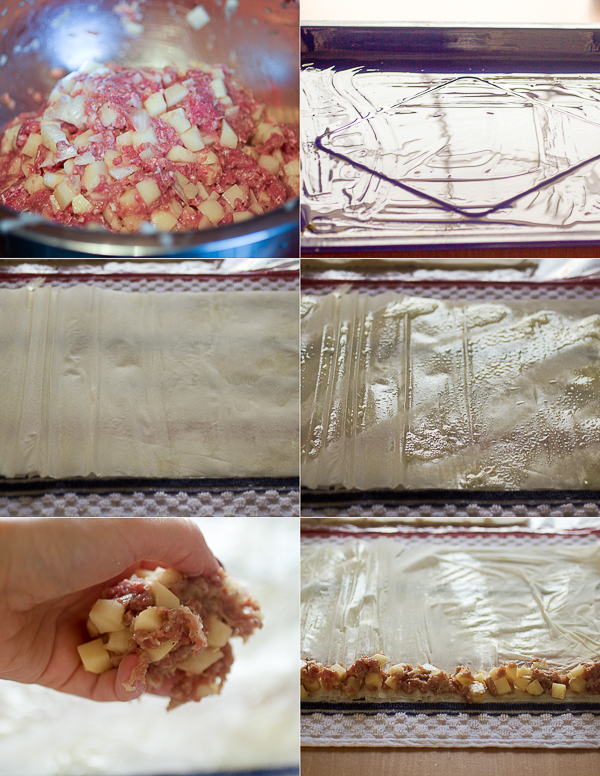 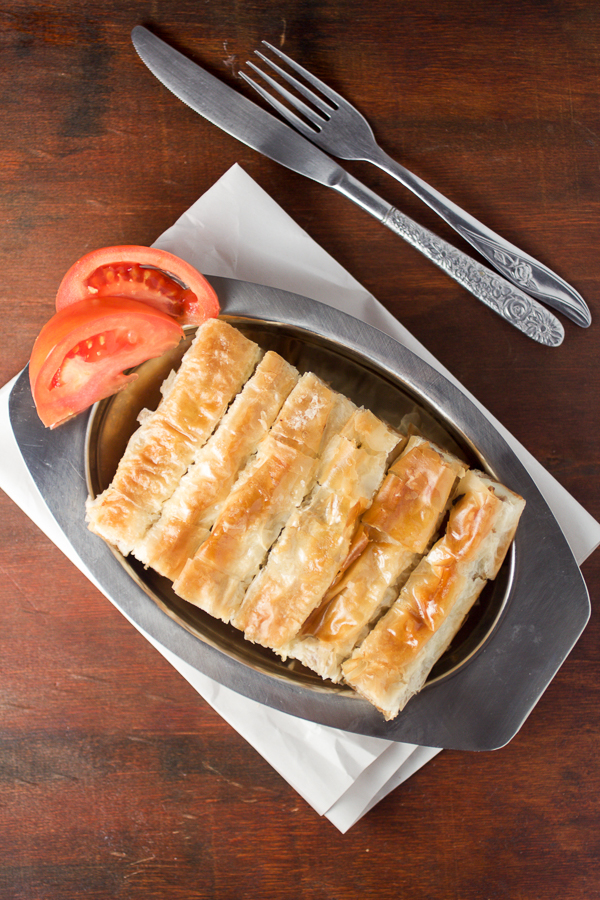 (Optionally) Serve with a cold glass of buttermilk, and tomato salad.