If you’ve ever traveled there, YOU KNOW that stuffed phyllo dough pies are an unforgettable Balkan delicacy. Today’s feta, ricotta spinach pie is a perfect example!

These traditional pies were introduced to the region by the Ottomans centuries ago. However, they have since evolved into something very Balkan.

Although many pastries fall under the umbrella of a pie (or pita, pronounced pe-tah, with a hard “t”), individual pies are usually named after their stuffing. Spinach pie is called pita zeljanica or pita od zelja, zelje being “leafy greens.”  In some Balkan regions (but definitely not in Bosnia) this pie is also known as burek with spinach.

What is it about these pies makes them so irresistible?

It’s the union of, at the same time, flaky and soft phyllo dough layers and luscious fillings that bake together to golden perfection. And to top it off, a topping of butter and milk. Oh Mama!

Spinach: Use fresh (raw) spinach only! NEVER use frozen spinach for this recipe. Sub partially with swiss chard or nettle, it’s a green pie after all! When cutting up spinach, mincing it will make the flavors come out in the best way.

Cheese: You can sub with goat cheese or queso fresco, but avoid strong cheeses so they don't overpower the spinach. (For example, ricotta and feta make a perfect combo because ricotta softens the harshness of feta, giving the spinach space to shine.)

Oil: Sub with sunflower oil. Don't use olive oil for this recipe.

Our lightning-fast instructions are here to give you an idea of how to make this dish. For more detailed information look at the recipe card below! 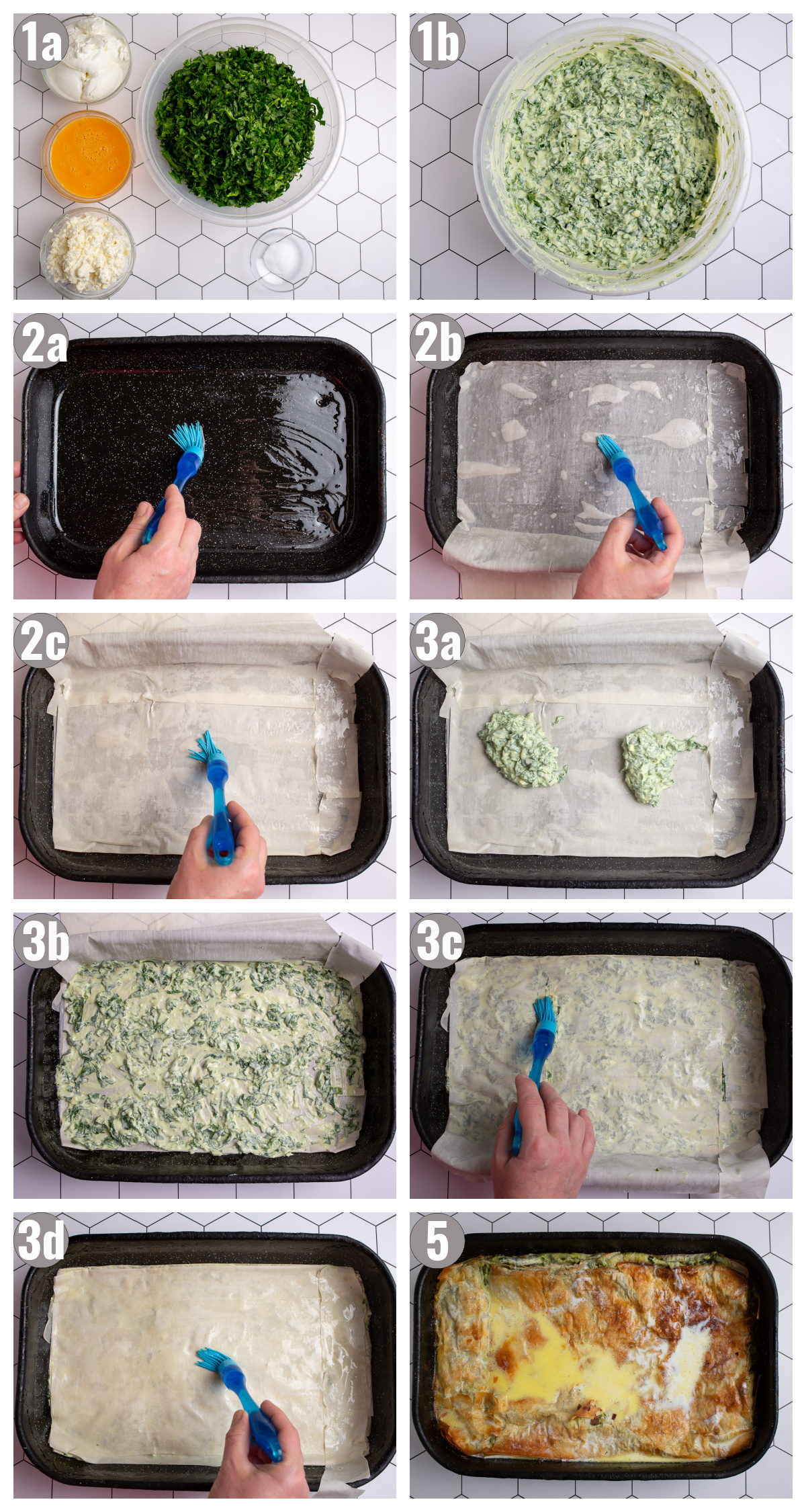 Serving: Best to serve the pie 20-30 minutes after baking.
Assembly: Assemble just before baking.
Storing: Store in the fridge for up to 2 days. Do not freeze.

Do you heat up spinach pie?

Spinach pie is best when it rests about 30 minutes before consumption. However, some people like to eat it cold. If you plan to eat spinach pie a few hours after making it, you can heat it up in the oven or microwave.

Can you freeze spinach pies?

Don't freeze your spinach pie if using store-bought phyllo (filo) like in today's recipe. If you are making your own dough then it's ok to freeze it after you stuff the dough with the filling, but before baking.

What's the difference between spanakopita and Balkan spinach pie zeljanica?

If you make today's Feta and Ricotta Spinach Pie and enjoy it, please consider leaving a ⭐️⭐️⭐️⭐️⭐️ (5-star) rating. This will help others find the recipe more easily! 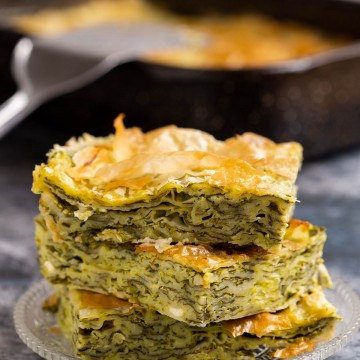 Notes for step 2: My pan is approximately 10.5x15.5 inches (27x39 cm), however, many similar, rectangular, pan sizes will work. If you use a smaller pan you’ll have more layers and a thicker pie, and vice versa. You can cut phyllo to fit your pan, or shrivel it up a little bit. You may have to use just one sheet, doubled instead of two, per layer. The point is that phyllo is malleable and adjustable, while this recipe is forgiving. Notes for step 3: Sometimes the top sheet will blush or even burn slightly. This way you can remove it once you are done with baking unless you like it a little charred.  Notes for step 4: As always, be mindful of your oven. If it runs on the hotter side, lower the temperature to 355°f (180°c) when baking and maybe add a few more minutes if necessary. If it runs on a cooler side, you can raise the temp to 410°f (210°c) but not much higher.   Nutritional information is a rough estimate based on 1 of 6 servings.