Russian salad is ubiquitous in the Balkans and Eastern Europe, and has even made its way as far as Argentina. In Bosnia, this egg, veggie, meat and pickle salad topped with mayo is a holiday staple. 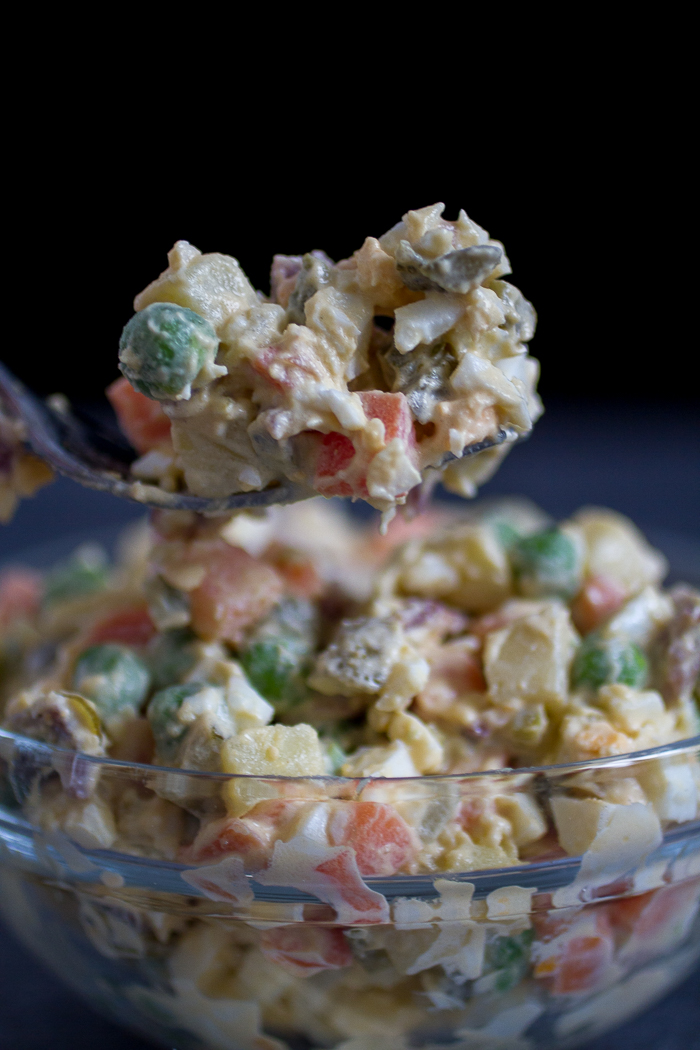 Russian salad is one of those boil, chop, mix with mayo, leave in fridge overnight, “cold” kind of salads. This shapeshifter can be anything you want: a fancy appetizer, a side, even a main dish (just add bread). Take away the meat, and you’ve just transformed Russian salad into French.

Russian and French salads  are known to the remainder of the world as salad Olivier.

The story goes this salad was invented in the 19th century by a Belgian chef Lucien Olivier. Olivier worked at a popular Moscow restaurant Hermitage, where his invention gained incredible popularity. As the salad grew in notoriety, so did Olivier’s paranoia, and so he kept the recipe a heavily guarded secret.

But one gloomy night, just as he prepped all ingredients for the salad, an emergency called him away from the kitchen. As soon as Olivier stepped out, his sous-chef Ivanov snuck in and – for the most part – figured out the recipe.  Quickly after, Ivanov quit his post at Hermitage and got a job at the restaurant Moskva… a restaurant which, if patrons are to be believed, soon started to offer a salad tasting eerily close to salad Olivier.

Luckily for us, the list of salad’s ingredients dwindled down over time. Good thing! Otherwise we’d be scraping for crayfish tails and veal tongue right about now. 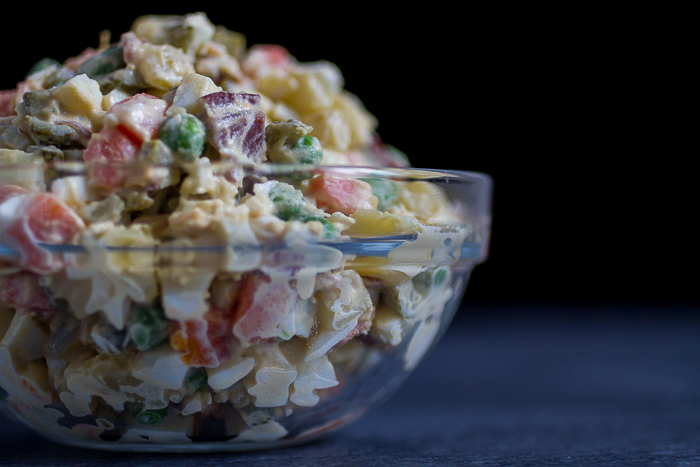 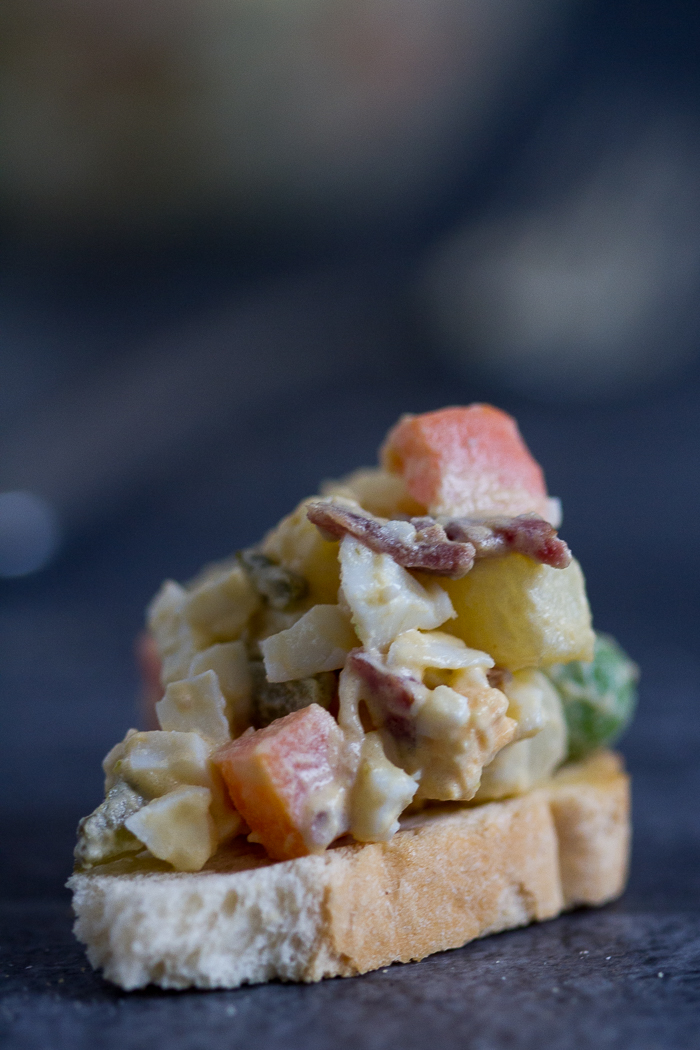 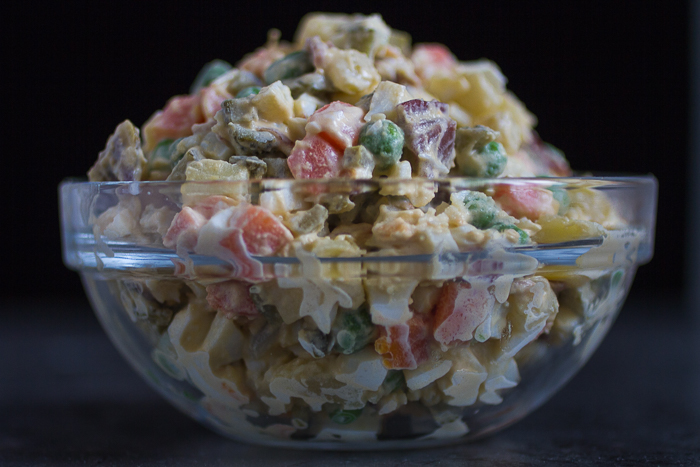 Keep covered in the fridge for up to 4 days.
Meat alternatives: cooked skinless chicken.
Vegetable alternatives: canned or frozen carrots and peas instead of fresh. If using canned no need to boil them, just wash thoroughly and add after potatoes and eggs are drained. If using frozen carrots and peas add them as soon as eggs boil.
Most people overdo the mayo. Not you though! Blend in just enough mayo to combine everything, but not enough to swallow the ingredients.