×
You are here: Home / Beverages / Bosnian Coffee
Jump to Recipe 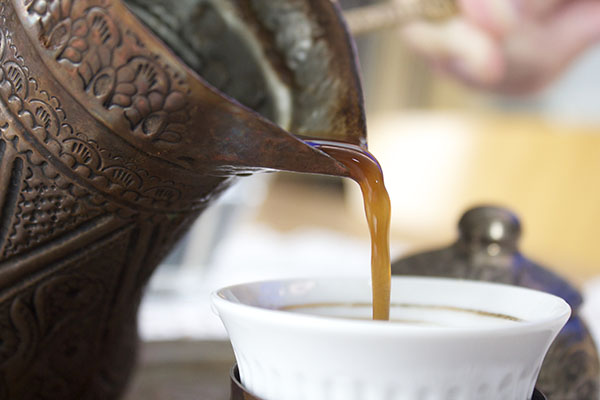 Although I started drinking coffee very early (I was 7), it was a hard win. My grandma relented only after months of my scheming.

There was an arsenal of legends old folks would tell children to prevent them from trying coffee in secret.  Not only did coffee stunt growth, grandma claimed, but girls who drank coffee grew a tail. I was skeptical but it was enough for our mutt Chubby to drag his ghastly train of hair through the kitchen, for my patience to return. 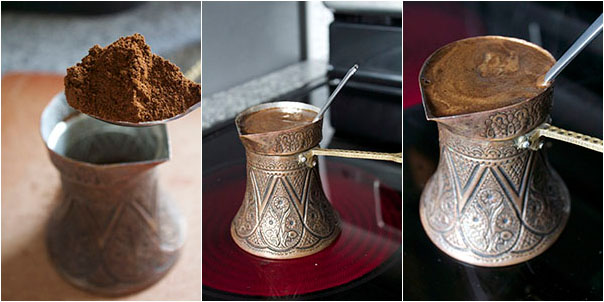 Grandma eventually put a miniature coffee cup in front of me. The moment my lips crinkled into an ‘o’ to greet the black liquid pursuing melted sugar on my tongue, my body delighted in this coming of age. “We’ll keep this between us,” she said.

If by chance someone from the Balkans offers you coffee, don’t expect to leave soon. Coffee is the culture. It’s a verb. It’s what you do to keep yourself sane. It’s also a way to show someone they mean something to you. It’s a time investment one is making, and if they’ve invited you this means they think a lot of you.

If you’ve never had it before, it’s deep and rich, and just a tiny bit weaker than traditional Turkish coffee. It’s prepared in the coffee pot called “džezva,” and you can easily find it on Amazon, C&B or Sur La Table (look for a Turkish coffee pot). It’s served in small espresso cups.

Trust me, you only want a cup or two, and you sip it slowly. 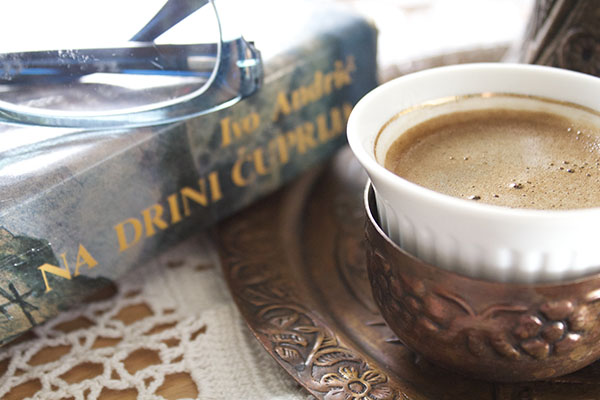 IMPORTANT: Your measurements will depend size of the coffee pot you’re using. The measurement used in this recipe is 1 teaspoon for every cup of water. After you’ve made coffee this way a few times, you’ll find out if you like it stronger or weaker and can adjust accordingly.