Fried chicken liver with onions is a fantastic way to dip your toes in the land of organ (aka offal or variety) meats. In addition to being delicious and affordable, this pan-fried chopped chicken liver is keto, low carb and paleo all in one. You will love it and that’s a promise! 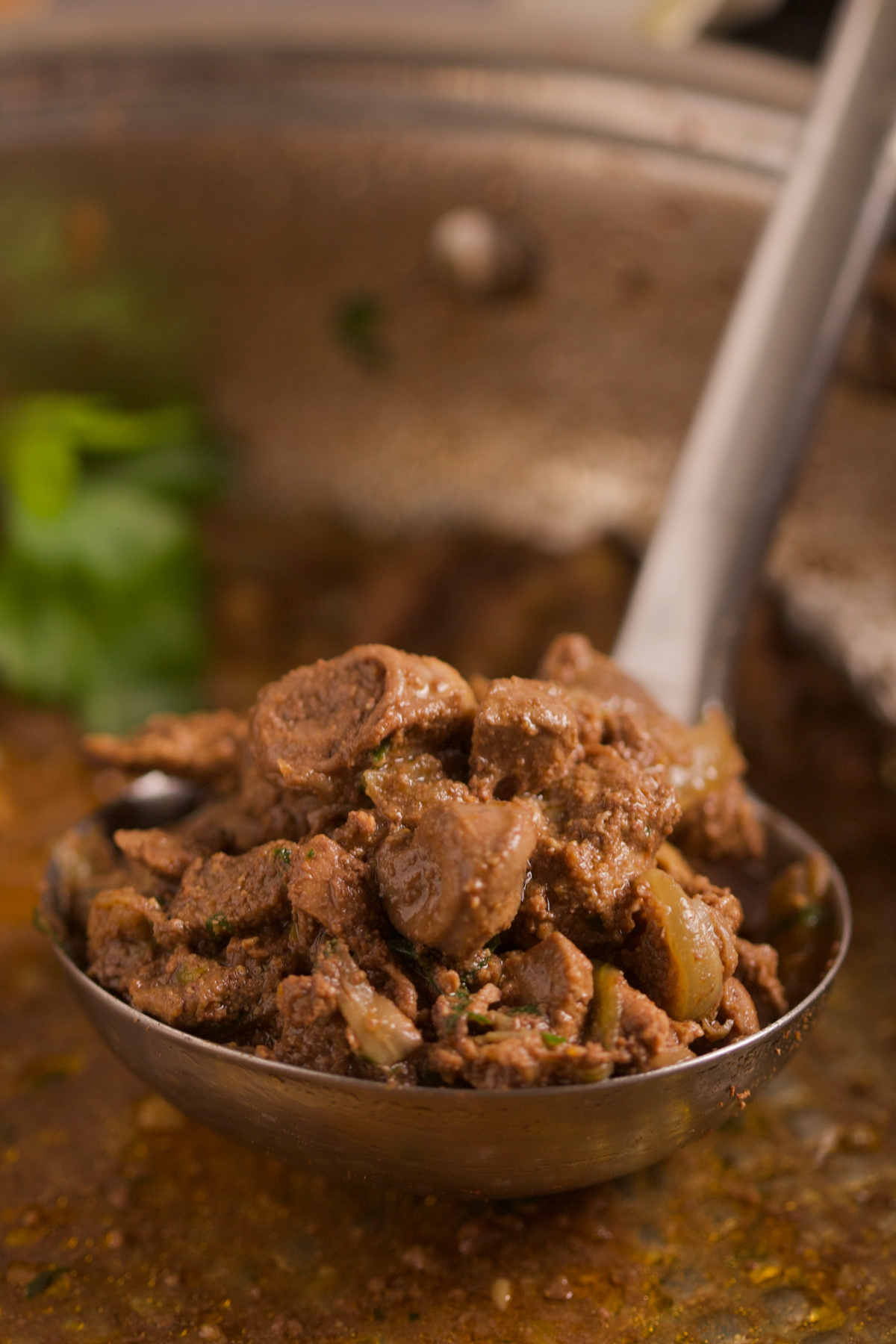 Years ago when I started dabbling in the kitchen, I was useless. Luckily, people close to me didn’t crush my culinary aspirations. For this I’m thankful as otherwise Balkan Lunch Box wouldn’t exist today.

Even with all the terrible things I cooked, there was one sauce I nailed each time.

It was easy to make. Inexpensive. And it went well with most sides.

However, even though they couldn’t stop eating it (it’s that delicious!), people squirmed upon finding out the sauce was made from organ meat. So I stopped telling them.

If you’re wondering what this secret sauce was, it’s the one we’re making today!

What is chicken liver? What does it look and taste like?

It detoxifies and neutralizes bad substances so they can be eliminated from the body. It produces a digestive substance called bile, and stores energy in the form of glycogen, a sugar.

Does this mean it is full of toxins then? No!

This important organ doesn’t actually store toxins. Instead, after it filters them liver sends them on their way.

Chicken liver has a smooth and shiny texture. (Look at  the ingredient photo.) It’s light, soft and slick (not slimy though!). When you handle it, it will almost slip away from your fingers.

When raw it ranges from tan to burgundy in color.

Out of all the livers this one has the mildest taste.

It has a slightly tart, grainy texture while being soft at the same time. If done the right way, graininess almost disappears.

Finally, the taste has a touch of gaminess. So slight though it can almost pass for muscle meat. 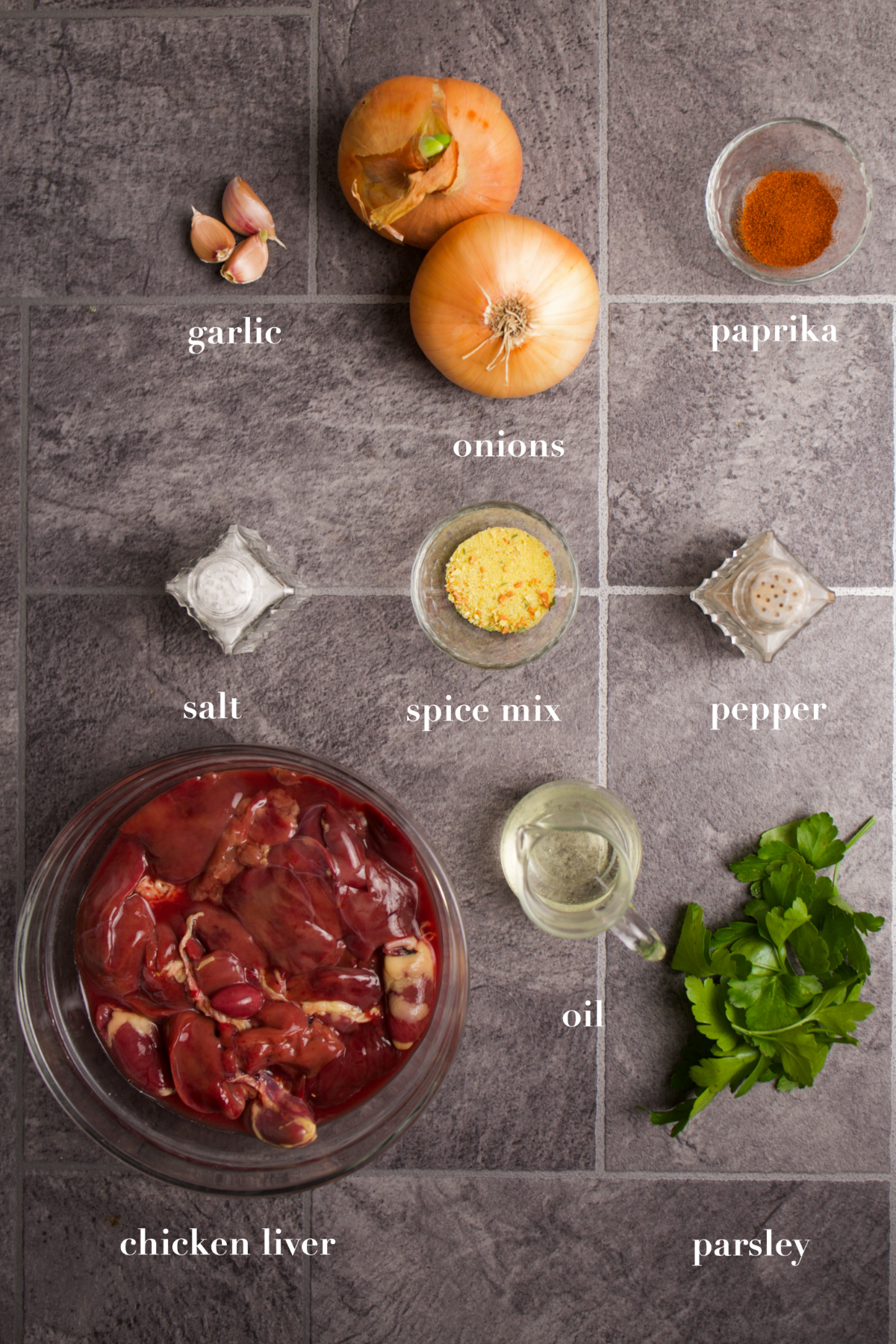 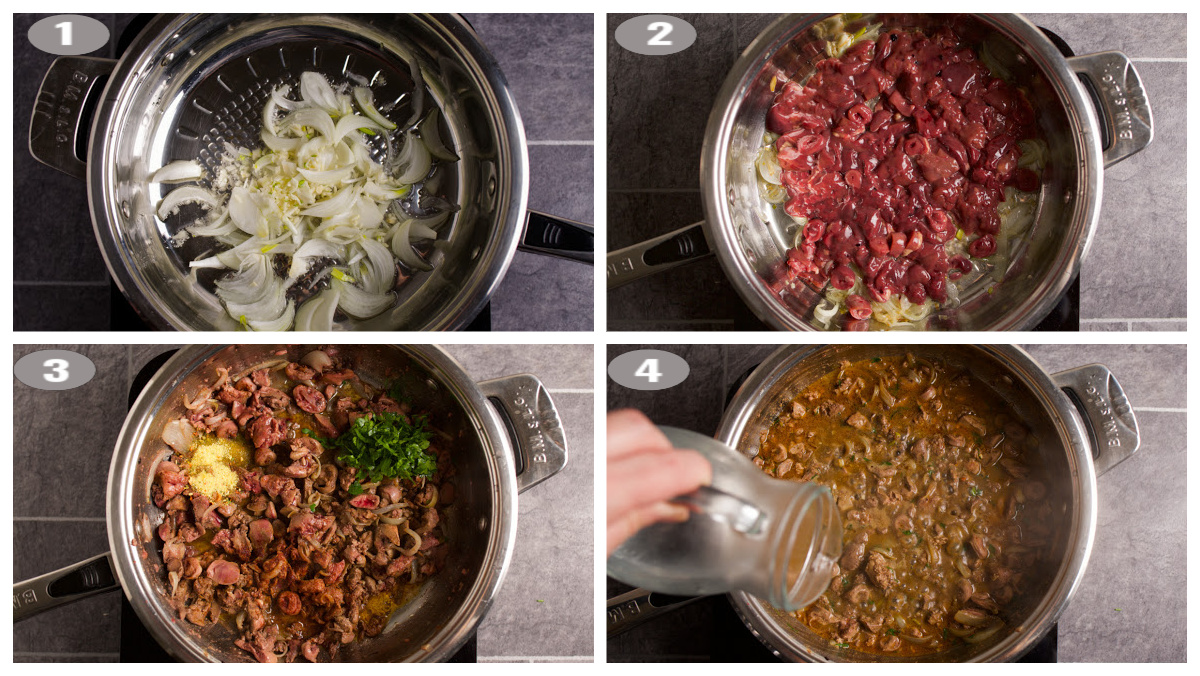 Offal (animal organ meat) is more volatile than muscle meat. Therefore, you should have an idea for what you want to do with it even before you buy it. (That’s where today’s fried liver with onions recipe comes in handy!)

After you bring it home keep liver in the fridge and consume it within a day. Otherwise, freeze it immediately. It can stay frozen up to 3 months.

When getting ready to prepare it first wash the fresh liver under running water.

On the other hand, preparing frozen liver requires you thaw it. You can:

Finally, drain it, remove the connective tissue and it’s ready for use.

Liver is nutritionally dense. It’s a source of several vitamins (A, B, D, E and K) and minerals (copper, iron, magnesium, and phosphorus and zinc).

It’s best known for being an excellent source of iron.

This is especially true for women who need twice the amount of iron as men. The need is due to the menstrual cycles. Pregnancy also requires a lot of iron, as otherwise women can go into anemia.

(You’ve probably heard that many women crave liver during pregnancy.)

Recommended daily dose for men is approximately 10mg, while for women it jumps up to 18-22mg.

According to WebMD  organ meats are also great for: 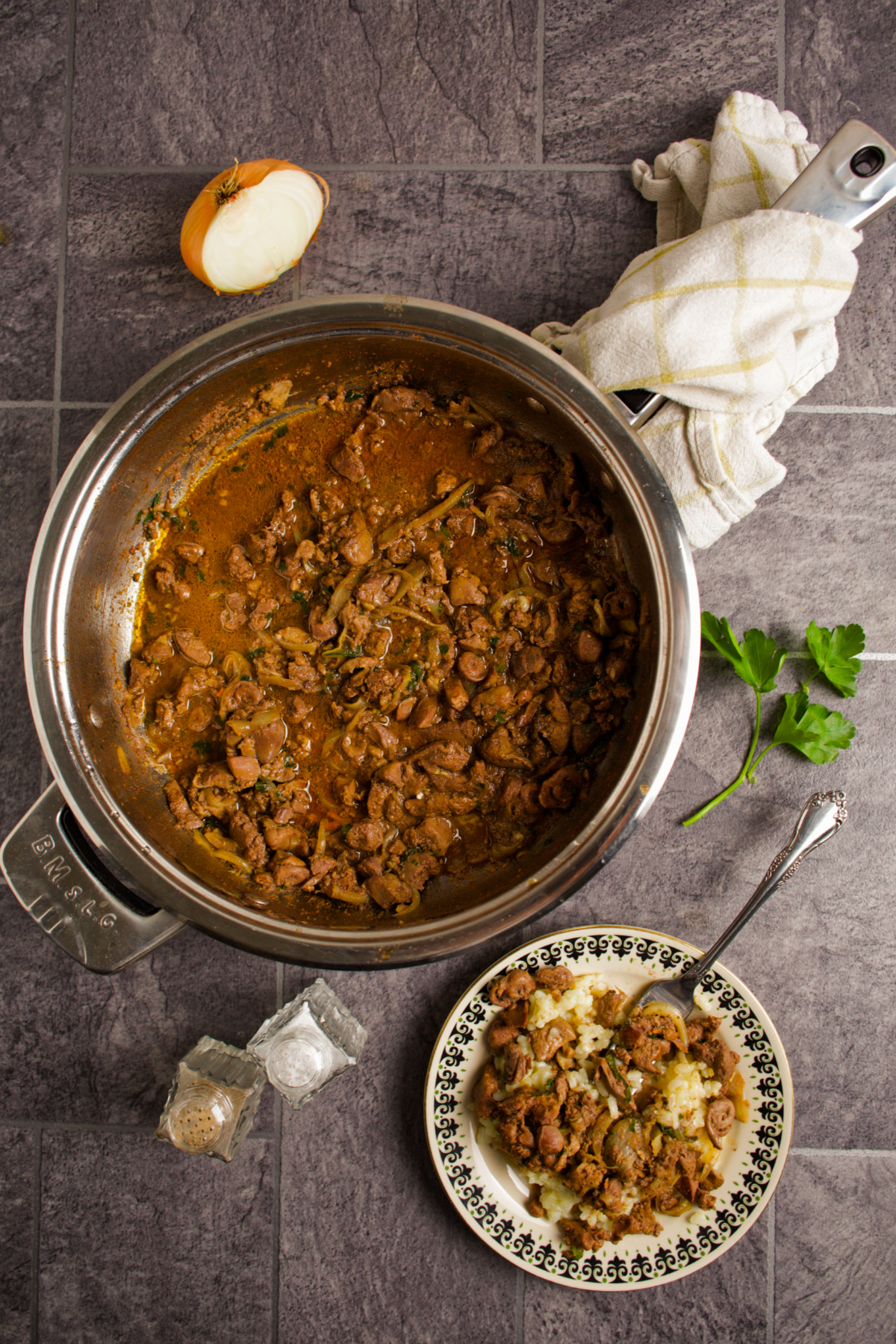 After wondering why my friends squirmed (or worse, called it dog and cat food!) when I mentioned liver, I wanted to find out why. It was funny they drew the line at eating organs while most wear animal skin.

I was surprised to find out that in the US organ meats are not consumed as much as in other parts of the world. (They’re menu regulars in at least France, Greece, India, Turkey, Japan, Lebanon and Russia.)

Historically, in the US it was the oppressed who ate variety meats. Upper classes looked down at this food.

Then, WWI and WWII rolled around. Each time, the government marketed cooking organs so that muscle meat could be sent to the troops. But after each war organ meats were once again designated to the poor and the oppressed.

In the recent past, however, paleo, keto and carnivore diet movements have slowly but surely been reintroducing offal back into mainstream America.

Oh, and in a funny twist of fate, nowadays posh restaurants are repackaging these meats and selling them back to upper classes.

What to serve fried chicken liver with?

Would you do me a favor? If you make this liver recipe leave a rating, comment or tag @balkanlunchbox on IG. (P.S. I read every comment!) Prijatno (aka bon appetit)!

Want a low carb, paleo and keto dish all in one? Look no further than this amazing fried chicken liver.